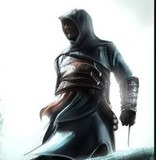 If so, he's a DYOM designer who's real name is Martin (Lithuanian: Martynas). Earlier in his DYOM history he was called StradaBoy, but later changed his name to Martin Strada, and eventually his current final variant. Martin was first designing the "WarFighter" series, but after he changed his name - he started working on new projects, such as "Fort Carson Stories" and organized the multi-designer project called "The King of Los Santos". He also runs a YouTube channel based on playing DYOM missions and projects upon requests sent in his topic back in GTAForums. Martin is a member of the DYOM community since his first appearence in the DYOM website back in July 2016.


* I'm not a robot who's staying in this community in all time, I have a life, reading books, talking with friends, going to school, I'm 14 years old, a teenager or shall I say the young man who's designing DYOM missions.

* I've started to design missions in 2015 (November 07). My first project was Warfighter, the military-themed mission series. In those memories, I really love it to design military missions, even with mods.

* If you have a problem or a bug, please PM me, and I will help you.

My Recent Comments
No comments posted yet.