What is available in the modification:
- Added Hot Coffee.
- In the course of the storyline, more than 400 new unique replicas were added that were not previously used in the game, including several new phone calls and unique cutscenes (currently being tested).
- Fixed a date with Michelle.
- Fixed van doors on house robbery missions.
- Added many unique models for a wide variety of characters throughout the storyline.
- A lot of bug fixes and logical flaws of the original missions of the game.
- A lot of fixes for off-plot gameplay bugs and flaws.
- The Russian mafia, the biker gang and the Italian mafia are satisfied.
- Added side missions from TTDISA: "Pizza Boy", "Trash Dash", "Cherry Popper", "Car Salesman", "Slash TV", "Caddy Daddy", "Cone Crazy", "Karmageddon" and "Stunt Boat Challenge". These missions are available only in English and are optional for 100% completion.
- Restored some features of PC and PS2 scripts.
...And much more!

Changes from 06.01.23 (version 24):
- Added the "Only Hot Coffee" section — a variation of scripts that includes only Hot Coffee and several other important fixes.
- In the initial cutscene, when the cops are driving the main character in a police car, Hernandez is now sitting on the right, and CJ is on the left - just as the heroes got into the car in the scene before.
- Before the "Big Smoke" mission, Smoke's car will now spawn at the Johnson house.
- On the Ryder mission in the cutscene with the attempted robbery of the pizzeria, the main character now sits at the table and eats pizza, and does not do it right at the checkout.
- On the "Nines and AKs" mission, the car in Emmett's yard now appears before the cutscene.
- On the mission "Wrong Side of the Tracks" during the movement of the train, you will no longer come across a fence located directly on the tracks — it has been replaced with a broken car with a driver, as it is more logical.
- On the "Just Business" mission, cars attached to Packer can no longer arbitrarily change their color during the chase.
- On the "Catalyst" mission, a member of the Grove gang now does not disappear from the car in the final cutscene.
- On the "The Reuniting the Families" mission, the marker in front of the motel is now located in the correct traffic lane.
- After the "The Reuniting the Families" mission, Sweet's car will now stop appearing near his house — the appearance will resume only after completing the "Riot" mission.
- On the "The Reuniting the Families" mission, the abrupt appearance of some police cars during the chase was fixed.
- On the "Small Town Bank" mission, CJ and Catalina now enter the bank without weapons.
- At the end of the "Wear Flowers in Your Hair" mission, Dwayne is now sitting in the Hotdog minibus, and his location and the side of the garage you have to drive up to has been changed based on the cutscene.
- An additional scene has been added on the "Hign Noon" mission in the case when the player does not have a gun at the time of the start of the mission.
- On the "High Noon" mission, Hernandez's body is added in the pit.
- More varieties of gang members now appear on the "End of The Line" mission, and inappropriate "Male01" have also been removed.
- The Awol Angel mission is now working correctly.
- Revised the correction of the date with Michelle.
- Some bugs have been fixed.

Changes from 07.01.23 (version 24a):
- After the "Stoaway" mission, there are no boxes left lying on the runway in an abandoned airport.
- Some bugs have been fixed.

Changes from 17.01.23 (version 24c):
- On the "Misappropriation" mission, the witness is now talking to an FBI agent, and not just standing and looking at the wall.
- Some bugs have been fixed.

Changes from 23.01.23 (version 25):
- Several unique previously unused dialogs and animations have been added.
- On the "Burning Desire" mission, the house can now be set on fire by any explosion, and a bug has also been fixed when the house could be set on fire with gas grenades.
- On the "Burning Desire" mission, a member of the Vagos gang, now, talking on the phone, holds a phone in his hands, not a gun.
- Added Food Eating Fix (by Junior_Djjr).
- Now, when flying between cities on a Juank Air plane, the pilot will be at the helm, not the main character.
- On the "N.O.E" mission, the military is now at the helm of the fighters, and not ordinary pedestrians.
- A photographer from Flint County has been added a route along which he will leave after the end of photographing, and not drown in the bay, as it was before.
- People drinking drinks at the bar are now holding a bottle in their hands.
- If a pedestrian drinking in a bar could not accept his order from the bartender, then his health will no longer be restored.
- The main character will now pronounce cut-out lines during a hidden knife attack.
- The initial cutscenes on the "Reuniting the Families" and "Air Raid" missions can now be skipped.
- Some bugs have been fixed.

Changes from 31.01.23 (version 26):
- The seller in the Ammu nation, now, after being shot in the head, dies instantly, and does not live after that for a while and attacks the player.
- The parachute now needs to be opened not at an altitude of more than 20 meters, but at an altitude of more than 25 meters. This is necessary in order to avoid the death of the player when falling even from a small height with a parachute in the inventory.
- A bug was fixed when, after completing the shooting range, the cartridges for some types of weapons in the inventory doubled.
- Sometimes in the game you can now hear the cries of seagulls — on beaches, in ports and in some other places.
- Some bugs have been fixed.

Changes from 04.02.23 (version 27):
- Valets doing their job can now be found at the Rodeo Hotel in Los Santos and at The Visage in Las Venturas.
- Screensavers on the "Sweet & Kendl" mission can now be skipped.
- Some bugs have been fixed.

Past changes can be seen here — https://pastebin.com/raw/mBXasiST

(!) Attention! To work, you need an APK with cut out data duplicates. The saves you created earlier are incompatible with this mod - you need to start a "new game". 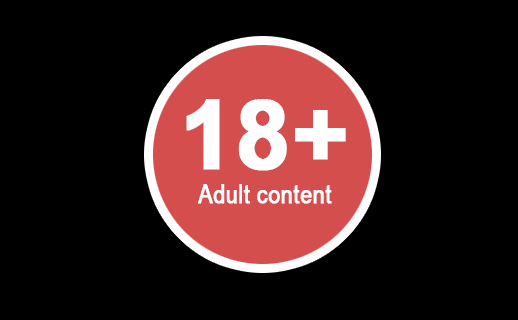